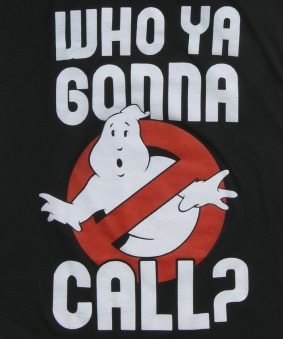 Back in high school, a friend of mine was dating a guy whose brother went to the same private high school as one of Bill Murray’s brothers. Are you with me so far? Privacy and security weren’t nearly the big deals then that they are today and schools, country clubs and all kinds of businesses published directories with people’s names, addresses and telephone numbers in them, their actual addresses right there in black and white for all the world to see–provided you were lucky enough to actually see one.

Well, my friend saw the directory and naturally wrote down the Murray family’s address and telephone number. Just as naturally, we all piled into one of our cars and cruised past Bill’s family home just as we used to cruise past all of our crushes’ houses (I sometimes wonder why my parents never asked me where the hell I went that I used up an entire tank of gas in one evening but as the youngest child in the family, by the time I was driving I don’t think they noticed–or cared–what I was doing).

Needless to say, it didn’t take my friends and me long to come up with a plot to sniff out Bill Murray who was just beginning his ascent to fame on “Saturday Night Live.” We were all gathered at somebody’s house one Saturday night (do I really need to clarify that with the exception of the friend who had the boyfriend who had the brother etc. none of us had dates that night?) when we decided to call the Murray house and ask for Bill. I don’t exactly recall how it went down but somehow or other I was nominated to make that phone call. What really surprises me about this story is that back in those days we were all “good” girls who stuck to diet soda and potato chips when we got together (a refreshment menu that would change within months as soon as one of us turned eighteen and was able to drive to the Wisconsin/Illinois border and buy a jug of wine). That I was able to make that phone call without the assistance of at least one glass of wine gives me hope that someday I’ll be able to recapture that bravada and call my doctor’s office without giving the impression that I’ve been kidnapped and am calling from the trunk of a car.

Anyway, I accepted my assignment and taking a deep breath, I picked up the phone and dialed. I wasn’t a huge Bill Murray fan but he was famous and that in itself was enough to make me nervous. After a few rings someone picked up. A woman with a sweet, motherly voice. “Hello?”

A hush fell over the room as all potato chip crunching and diet soda swilling ended. My friends stared at me with collectively enormous eyes. It was Go Time. “Hello…um…may I please speak to Bill?”

“A friend,” I cleverly responded. “From…Chicago.” It hadn’t occurred to any of us to come up with a cover story BEFORE making our phone call.

I was starting to warm up to this woman who was not only gracious but kind too. “No, that’s all right. I’ll call him in New York.”

“I’m not sure if he’s home tonight but go ahead and give it a try.”

I decided that Mrs. Murray liked me which made me wonder what other types of girls were cold calling her son. Probably pushy types without any manners. “Thank you, Mrs. Murray,” I said in my most revoltingly sweet tone. “It was nice talking to you.”

For the rest of the evening we batted around the idea of someone else calling Mrs. Murray and asking for Bill but after much heated debate we eventually decided to leave the poor woman alone. Then we began to wonder what we–well, I–would have done if Bill had been home and had come to the phone. Easy. Screamed loudly before throwing the phone at whoever was sitting next to me. I may not excel at planning ahead but in any tight situation involving celebrities and actual conversations, you can count on me to pass the phone just about every single time.

The point of this little memory? Unlisted telephone numbers are really a good idea.