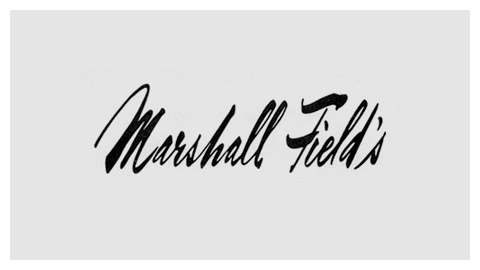 To say that I didn’t grow up in a touchy-feely family is a little like saying that pumpkin spice hasn’t hijacked the entire fall season. My family was so un-touchy-feely that the closest we came to physical contact was only on major life events such as graduations and weddings and then the contact was restricted to fast handshakes accompanied by an occasional slap on the shoulder if the occasion warranted it–like giving birth to triplets or leaving on a two-year world cruise.

Most of my friends had families with similar “hands off” policies in place. Part of it was growing up in a more reserved time when outbursts of emotion that led to such suspicious activities as hugging and hand holding were frowned upon and part of it was that most Midwesterners need a good three feet of personal space around them to feel comfortable. Plus most of us came from northern European backgrounds, a group of people who typically aren’t known for exuding a whole lot of warmth or who go around touching anybody they aren’t married to.

But all that keeping-your-hands-to-yourself-at-all-times produced a quality in me that I still struggle with on occasion: an urge to to see what everything feels like. Smooth, rough, sharp–I have to know. One of my earliest memories involves going to Marshall Field’s (a wonderful department store that once reigned supreme in Chicago) and having my mother bend over until she was about two inches from my face. “Do NOT touch anything!” I remember her saying quite sternly. I must have done a lot of grabbing and touching as a baby and toddler because as a rule I was given this instruction every time we went just about anywhere but such an order only ignited a desire in me to touch everything I saw more than ever.

Trailing behind my mother, I covertly examined towels, sweaters, scarves, perfume bottles, stuffed animals, etc. delighting in the different feel of each one. Every so often my mother would turn around to see what I was doing but obsessions often lead to lightening fast reflexes and my hands would be in my pockets before her head swiveled in my direction. I’m not sure why she didn’t want me to touch anything but I suspect that she knew that once I got started, I wasn’t going to stop. Scientific labels like obsessive-compulsive disorder weren’t commonplace back then but if they had been, I was a case in the making along with oppositional defiant disorder and probably a whole slew of others.

My touchy-feely tendencies weren’t restricted to nice department stores. For five long years I took piano lessons from a very sweet woman who should have been elevated to sainthood for putting up with me since I didn’t want to learn how to play the piano and I never, ever practiced. I also couldn’t master getting my left hand to play at the same time my right hand was playing and more than once the poor lady put her head down on top of her piano and actually cried while I was sitting next to her.  I felt badly about that and would have begged my mother to let me stop taking lessons if there hadn’t been a bigger draw. My piano teacher’s living room was loaded with objects that my non-musical ten fingers simply had to touch. Whenever the teacher left the room (which in retrospect was about for fifteen minutes of every half hour lesson), I would leap up and touch something new. Statues, glass paperweights, the faux fabric vinyl covering on her couch, lace curtains, plants–in five years I never got close to running my curious little fingers over even a quarter of the items she had crammed in her living room. After satisfying my itch to discover what a bronze frog felt like (cold and smooth), I’d rush back to the piano and wait for my teacher. She never caught me. Or if she did, she never said anything although I’m not sure who was happier the day I finally stopped pretending to learn how to play the piano and ended our lessons. I suspect it was my teacher.

As I grew older, my compulsion to handle every sequin, knickknack and puppy that crossed my path slowly faded. I suspect my urge toward tactile examinations of any and all objects sprang from growing up in such a non-touchy environment. Or maybe I was just a peculiar child. Whatever, I’m over it for the most part but don’t leave me alone in any Joann’s Fabric store  with orders not to touch anything because it might not be pretty. That oppositional behavior thing is a whole lot harder to shake.