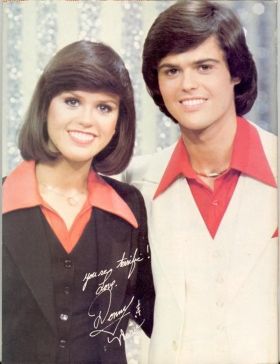 My husband and I share a lot of things. A love of cats, cafe au lait, and bad Burt Reynolds movies (a redundancy, I know) to name a few. We also share a lot of, shall we say, personality quirks. One of those quirks is a mutual and compulsive need to get wherever we’re going at least three hours early, four if possible.

This compulsion must have roots in long forgotten childhood traumas we each experienced but it’s there and it’s real such as when we were dating and we arrived six hours early for a concert that started at eight. True, we discovered a lot about the restaurants, stores and parking lots in the area but by the time eight o’clock–anybody else remember Christopher Cross?–finally rolled around we were no longer in the mood to sit and listen to a concert. We were in the mood to go home and have a drink.

That same scenario has played out time and time again throughout our marriage. We get invited somewhere and we make sure we leave with plenty of time to spare so we invariably arrive when the hostess is still styling her hair and the host is walking around in his underwear. Needless to say we are seldom welcomed with open arms on such occasions.

One plus of getting places incredibly early is that we always have plenty of time to partake in another favorite activity: people watching. A recent big evening out for us was at a casino where Donny and Marie Osmond were playing. Naturally we arrived four hours early and after overeating at the buffet, and walking from one end of the casino to the other, we still had two hours and fifty-five minutes to kill. We decided to sit in the lounge of the hotel attached to the casino, the only spot with comfortable chairs and away from the smokers at the slot machines. The lounge also featured a couple of computers, some very old magazines and a steady stream of guests.

“Because those people,” he said while gesturing rather rudely at my husband and me, “are watching you and seeing what you post!”

I admit that made me curious to know just what she was posting but it was also embarrassing, especially since neither of us could see that far and wouldn’t know if she was posting pictures of honest-to-God space aliens on her Facebook page. Humiliated, we beat a hasty retreat to the lobby of the auditorium where we spent the rest of our wait taking our pictures next to a life-sized cut out of Donny and Marie and checking out the over-priced souvenirs for sale. We also kept an eye out for that snarly over-protective hubby just in case he still had a bone to pick with us, but thankfully he never appeared.

I sometimes think my husband and I must share a mutual expression on our faces that gets us into constant trouble as we are often being accused of doing things we haven’t even thought of doing. Such as the time we were at a gas station in Indiana and my husband gestured for a woman to move ahead of us at the pumps. She said thank you and he responded with a very sincere “You’re welcome.” The look on the woman’s face became icy and after she pumped her gas, she got back into her car and wheeled it up next to where we were innocently waiting for our turn.

“I can take a lot of things but one thing I can’t take is sarcasm!” she snapped before peeling out of the gas station, leaving us open mouthed behind her.

“I’m from Minnesota!” my husband called after her. “I was being nice!”

There are times, a lot of them apparently, when it doesn’t pay to be nice, even Minnesota Nice. It’s a lot easier, not to mention safer, to travel–and arrive–everywhere early and keep human contact to the bare minimum. At least it is for us.

2 thoughts on “Better early than never”